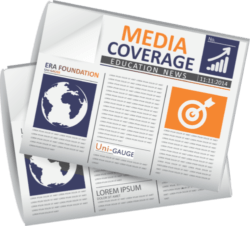 Single entrance exam for private, deemed varsities in the pipeline

‘Objective is to separate entrance test from admissions’

A single entrance exam for private and deemed varsities across the country is in the pipeline with the ERA (Education, Rating and Assessment) Foundation announcing the first ‘Uni-GAUGE Postgraduate Medical and Dental 2015’ test.

The foundation, which marks the coming together of some well-known private and deemed universities in the country, was launched here on Monday.

With the test, the foundation aims to streamline the process of entrance exams for private and deemed universities, which have so far been conducting their own entrance tests. However, M.R. Jayaram, Chancellor of M.S. Ramaiah University of Applied Sciences, Bengaluru, who is also on the board of directors of the foundation, said the objective was to “separate entrance test from admissions”. “We will not be conducting counselling; the individual universities will conduct their own counselling for admissions based on the scores of the students in the online test. They will announce a cut-off,” he said.

He also said universities would be able to choose from a larger pool of students from across the country for the non-government quota of seats.

On the lines of GRE

The idea of the foundation was to facilitate the exam admission process on the lines of the Graduate Record Examinations (GRE) wherein the scores become the qualifier for admissions, Sanjay Kulkarni from the foundation said.

The former Karnataka Chief Secretary S.V. Ranganath is the chairman of the board. The PG medical and dental test will be held on February 15.

The board members also said the foundation will branch out to conducting entrance tests for undergraduate medical and dental admissions next year, followed by tests for engineering, management and even general science and arts courses eventually. The foundation will also look at the areas of accreditation and skill building.